Skip to content
You Never Know When, Where Or How: Heroism Of Megan Melgaard 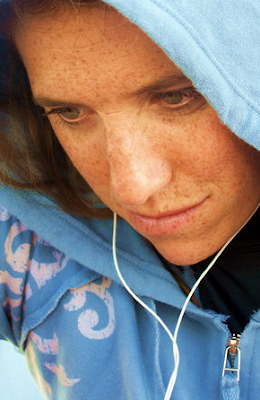 You Never Know When, Where Or How

Megan Melgaard has many safety certifications. The former NCAA stand-out from the University of Florida and Safety Commissioner for Swim Across America has had safety responsibilities on pool decks, in open water swimming competitions, and on Hollywood sets.

But the last thing that she was thinking about as she was driving to San Francisco was becoming a heroine.

En route to a business planning meeting in San Francisco, she found herself driving along the Interstate 5 freeway, cruising along in the middle of the state of California. Along with tens of thousands of daily passengers, the thoroughfare is the major artery linking Southern California with Northern California.

Truckers and families, students and business people constantly drive up and down the Golden State.

On this one dry, sunny day, Melgaard saw smoke arising in the horizon. Immediately, her safety consciousness went into a hyper-alert state. As she approach, she saw it was a brushfire. A small brushfire in itself is not necessarily unheard of during the summer months of the drought-stricken state.

But as she slowed to see what was happening, she was shocked to find an overturned truck that had somehow veered off the road. She pulled off to the side of the freeway and immediately ran down the embankment, only to find an 83-year-old stout truck driver lying face down on the scorched field.

With literally no time to pause, her safety training kicked into overdrive. She knew – for her own safety as well as the injured driver – that she had to pull this man out of this dry brush or his apparently lifeless body would become charred in the brush fire.

Andy, as the truck driver later told her, was unresponsive to Melgaard’s initial shouts. With the flames lapping only meters from them, she pulled his limp body towards the highway and away from the oncoming flames.

“I was really scared for my life – and I knew his life was completely dependent on me acting quickly and decisively,” recalled Melgaard. By the time, she was starting to pull him to safety, two other drivers had seen her efforts and stopped to help. The three Good Samaritans joined forces and collectively pulled Andy to safety, but it was a really close call. Their hearts were racing and the closest flames were right behind them. As they finally pulled and carried him to the edge of the highway, the flames had nearly reached them.

“There was literally no time to spare,” said Melgaard. “If I had arrived even 30 seconds later, there is no way anyone could have gotten to Andy.”

She rushed Andy to a local hospital and he was treated for his injuries.

But the unexpected happening further enforced the importance of safety training for Swim Across America’s Safety Commissioner. “You just never know when or where or how your safety training will be called upon. You just go into action and help rescue or save people as you have been trained.”

“While Megan may not view herself as a hero, she most certainly is. Thousands of other people driving along that crowded highway had the opportunity to do what Megan did,” said Steven Munatones.

“But it was Megan who did not allow an excuse or reason to get in the way of helping Andy. She saw the situation, assessed her ability to help, and set out saving a life. This is why Megan is the right person and is exactly the type of person who you want overseeing the safety of your open water swim or extreme race.”