Maarten van der Weijden was the most unlikely Olympic champion – the only leukemia survivor to ever win an Olympic medal.

Only the tall Dutch champion could find a way to outdo himself.

He raised over 12 million euros for cancer research from his two Elfstedentocht Swims in the Netherlands. Not only did the swims raise more money than any single open water swim in history, but it drawn a massive television and livecast audience.

Friendly, personable, passionate and successful, Maarten is a joy to watch in the water and to listen to on dryland.

During the WOWSA Live interview, the Olympic gold medalist talked about:

* winning the Olympic 10K Marathon Swim over Thomas Lurz and David Davies despite the odds (literally him was pegged at at having a 1-40 chance of winning by Australian oddsmakers)
* being the only Dutch athlete to win an Olympic gold medal in 2008 despite surviving leukemia
* surviving leukemia and getting back to swimming after enduring stem cell therapy
* increasing his speed from 1:37 per 100m to winning the Olympic gold
* winning the IJsselmeer, breaking the former record by almost 15 minutes, and donating €50,000 euros for cancer research
* coming up with the idea of the Elfstedentocht Swims and getting prepared while swimming in the English Channel
* swimming for 74 hours in the canals with a 7-hour sleep break 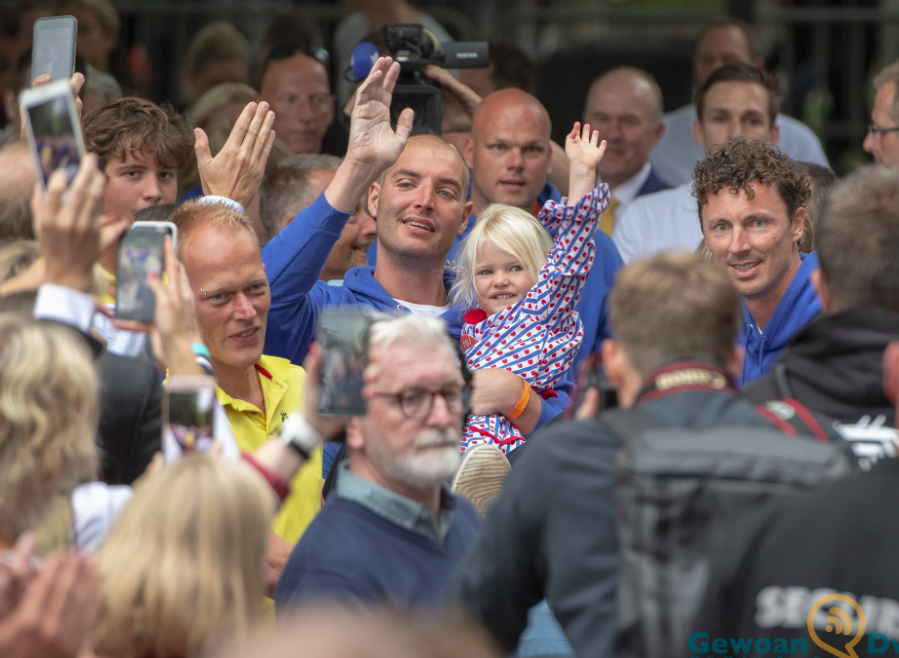 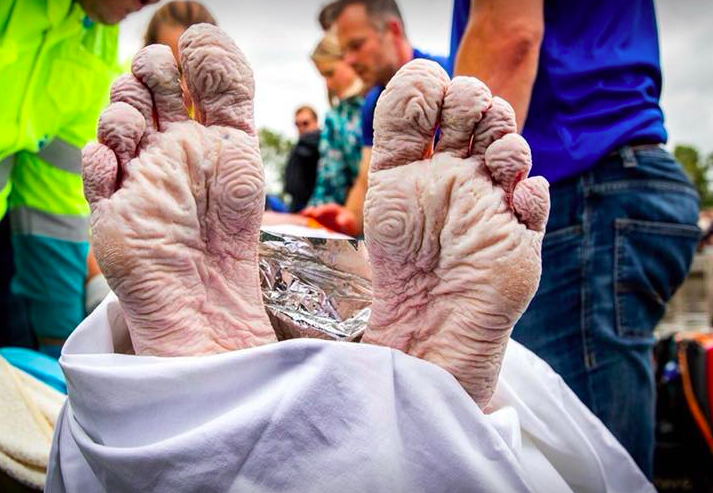 Van der Weijden’s feet showed the wet-wrinkling response in the Elfstedentocht Swim due to the prolonged time he spent in the water.

“With 250 meters to go, Van der Weijden was still at least 3 body lengths behind David Davies at the 2008 Beijing Olympics 10 km marathon swim along the final homestretch. I believe his tremendous finish represents the greatest upset and most moving and unlikely finish of all events throughout modern-day Olympic history,” recalls Steven Munatones. “He is a champion like no other – both during his Olympic career and his post-Olympic career.”